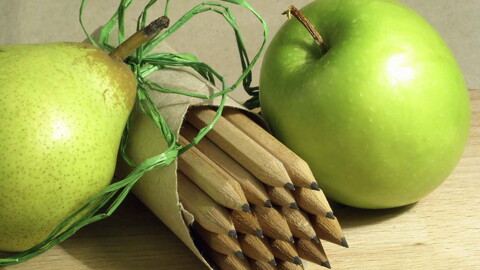 Lower protein in infant formula is associated with lower weight up to age 2 y: a randomized clinical trial1–4

Background: Protein intake during infancy was associated with rapid early weight gain and later obesity in observational studies. Objective: The objective was to test the hypothesis that higher protein intake in infancy leads to more rapid length and weight gain in the first 2 y of life.

Design: In a multicenter European study, 1138 healthy, formula-fed infants were randomly assigned to receive cow milk–based infant and follow-on formula with lower (1.77 and 2.2 g protein/100 kcal) or higher (2.9 and 4.4 g protein/100 kcal) protein contents for the first year. For comparison, 619 exclusively breastfed children were also followed. Weight, length, weight-for-length, and BMI were determined at inclusion and at 3, 6, 12, and 24 mo of age. The pri- mary endpoints were length and weight at 24 mo of age, expressed as length and weight-for-length z scores based on World Health Organization growth standards 2006.

Results: Six hundred thirty-six children in the lower (n 1⁄4 313) and higher (n 1⁄4 323) protein formula groups and 298 children in the breastfed group were followed until 24 mo. Length was not different between randomized groups at any time. At 24 mo, the weight-for- length z score of infants in the lower protein formula group was 0.20 (0.06, 0.34) lower than that of the higher protein group and did not differ from that of the breastfed reference group.
Conclusions: A higher protein content of infant formula is associ- ated with higher weight in the first 2 y of life but has no effect on length. Lower protein intake in infancy might diminish the later risk of overweight and obesity. This trial was registered at clinicaltrials.gov as NCT00338689.

Download File: Lower protein in infant formula is associated with lower weight up to age 2 y: a randomized clinical trial1–4