Can probiotics help with baby colic?

Colic can be a nightmare for parents of young babies. The spontaneous episodes of fussing and crying that come with colic can lead to weeks, or even months, of difficult days and sleepless nights.

Colic can be a nightmare for parents of young babies. The spontaneous episodes of fussing and crying that come with colic can lead to weeks, or even months, of difficult days and sleepless nights. Ask a parent who has had a baby with colic and they will tell you that the experience can be exhausting and upsetting, and can cause feelings of helplessness, anger, and even depression. For the baby itself, there is some evidence that colic increases the risk of various health problems, including allergies and psychological disorders in childhood. Most recent data suggests a link to migraine.

Parents with a colicky child have few treatment options

Because we don’t really know what causes baby colic, the search for a reliable and effective treatment has so far been disappointing. Herbal teas and various formula preparations (more soy and fiber, fewer milk sugars) have been tried, along with physical interventions such as increased carrying, vibration or massage, and manipulation of the baby’s spine. Currently, though, one of the most actively researched approaches involves treating baby colic with bacteria – specifically the ‘good’ kind, which are also known as probiotics.

There are many types of probiotic being studied for various illnesses, but I want to talk about one in particular called Lactobacillus reuteri DSM 17938 (L. reuteri). These bacteria have been shown to help boost the immune system and fight off harmful infections. But what about colic? Could just a few drops of these bacteria, given daily, improve the symptoms of colic in infants? The answer seems to be yes, at least in babies who are mostly or exclusively breastfed. 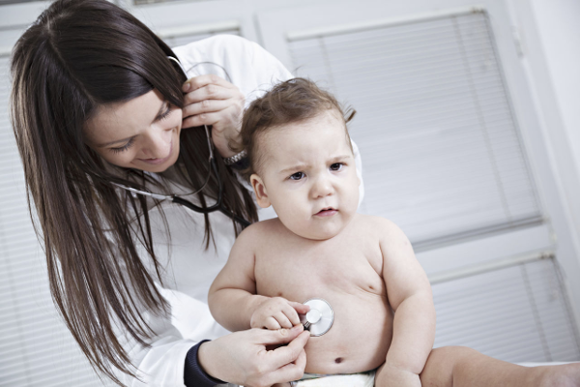 At the Medical University of Warsaw in Poland, where I work, we conducted a randomized controlled trial in 80 such babies.1 For the purposes of the study we defined colic as crying episodes lasting 3 or more hours a day, for 3 or more days a week. We gave 40 exclusively or predominantly breastfed babies a solution containing L. reuteri bacteria and 40 babies a placebo that looked and tasted identical, at a dosage of five drops per day for 21 days. Throughout the study, we found that babies given the bacteria were consistently more likely to have their average daily crying time reduced by 50% or more compared with babies given placebo.

Our results were broadly consistent with those of a similar, earlier study in babies who were exclusively breastfed.2 One interesting thing about our study was that the benefits of the drops were still seen one week after the last dose was given. We also showed that treating babies with L. reuteri significantly improved the severity of colicky symptoms, as perceived by the parents. Family quality of life was also significantly improved throughout the study.

So how does it work? Well, that’s a very good question. We don’t yet know the precise mechanism for the benefits seen in clinical trials, but it is likely to have something to do with helping to balance the microbe populations in the bowels. Future studies may solve this puzzle but simply showing that the probiotic does work in a well-conducted clinical trial is a milestone in itself. Not just for babies with colic and their families, but also for physicians who are often approached by frustrated parents who are desperate for help.

It is important to note that not all probiotics are the same and so the apparent benefits of L. reuteri in babies with colic will not necessarily be seen with other probiotics. It also remains to be seen whether L. reuteri works equally well in mostly or exclusively formula-fed babies.